After a disappointing season 2014 and the fanfare of the close season, the new season is almost upon us. The ritual of watching through your fingers to see who will (and won’t) renew is over, the players are back at training… we’ve even got a new coaching team in place. So what’s next I hear you ask? It’s the jersey launch of course. Straight from the Nissan headquarters in MM21.And lucky for you, we’ve got an opinion on them and an expert in the ranks in the shape of Dan!

First of all, here are this seasons jerseys in all their glory: 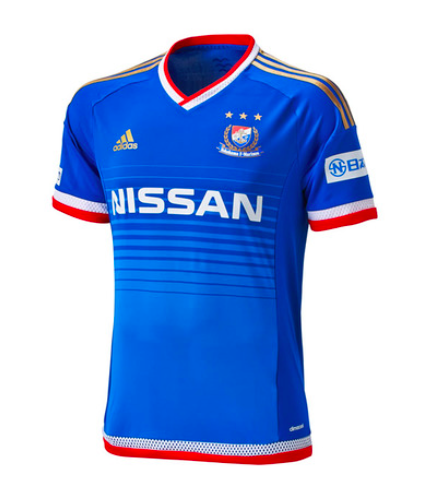 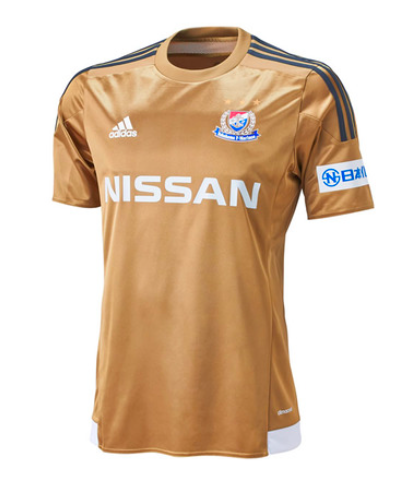 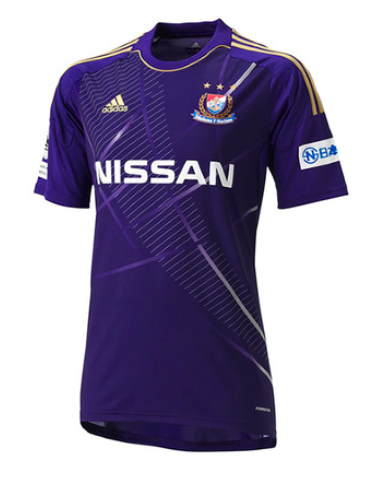 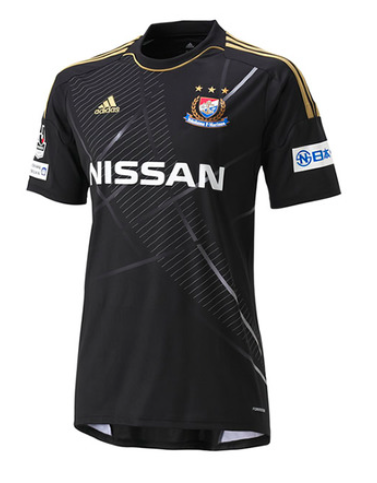 What’s your thoughts? Here are ours!

@stuartcw :”I was a bit surprised by the gold shirt and showed the fans around me who were at the Daisuke Oku memorial match and they seemed to be pleasantly surprised. I don’t think that I will get an away shirt but I said that about last year’s DayGlo shirt. In the end that shirt grew on me. I’ll wait to see the gold one in flesh. I did though really like the black 3rd goalkeeper shirt but that was unfortunately sold out within a couple of hours. I almost bought the Sanfreece-Purple 2nd goalkeeper shirt thinking it was a dark blue but thankfully the online store crashed and deleted that order. I’m collecting shirts of players which played for the youth team so I may just get a home shirt of one of those that I haven’t got.”

@TricoBren : “One is blue, one is gold. Both are new, neither are old. B.Wimsett”

@marinosjamie : “I’m a fan of the home shirt, but I won’t buy it as it looks a wee bit too much like a rangers jersey for me to wear in Glasgow. I like the way they’ve integrated the gold in to the home shirt, it’s a nice addition and adds a bit of accent. I was initially a bit taken aback by the away shirt but it’s grown on me after a few days so I think I’ll try to pick one up in the near future.”

@CND_Marino : “The home shirt for me is absolutely stunning. They’ve redeemed themselves a bit with this as I was a bit disappointed with the two tone redux from the 2002 season. I knew right away it was a must have. I also loved the new 3rd choice Black GK kit, it was no surprise to see this as the first shirt to sell out. F.Marinos this season had chosen a new ordering service website. Rakuten whom usually handles sales was dropped for the shirt sales as some have noted because F.Marinos were having to pay a big portion to the Online sales giants. Unfortunately for F.Marinos their new web server was incapable of handling the large amount of fans placing orders. After nearly an hour of refreshing their webpage I was finally able to luckily place my order. I opted not to buy the Away Uniform for the first time since the 2011 season. It’s a complete joke of a kit and would’ve much preferred any of the GK uniforms as our 2nd choice kit.”

@tgr_tsuru : “All that is gold does not glitter” or rather, “All that glitters is not gold”.

Drawing the most attention has been the away shirt. In some photos it seemed more of a bronze colour, however we know now it is a very glittery gold. In the photo of Shunsuke wearing the whole kit, the gold shirt with the black shorts makes quite a good combination. However, similarly to last year’s orange, a whole team running around in glittery gold is going to look horrendous.

Rather than being an aspirational statement, I’d prefer this colour and the “Marinos Gold” catch-phrase was used in a celebratory manner. If you’re going to be “bling”, you’ve got to be able to back it up on something. A team like Gamba, having own three trophies last year are entitled to make a brash statement, not so much seventh place Marinos.

Over the past few days since their release, I’ve gradually become less enamoured with the home uniform. We’re still playing with two-tone light and dark blue theme. I’d prefer the dark blue was the predominant colour. Particularly for a team in a city that has another club that is identified by it’s light blue shirt. The shade of blue used in the 2012 home shirt is perfect for mine.

However, I think that this uniform will look much better in person, and “on person”, as it were. For the second year in a row, the goal keeper’s uniform is the classiest looking league uniform.”

An English language blog following Yokohama F-Marinos from 5786 miles away in Glasgow, Scotland.
View all posts by jamiemc60 →
This entry was posted in Uncategorized. Bookmark the permalink.